Call for Proposals for the MFC-EMN Annual Conference 2018!

This will not be the first time that we organise a joint Annual Conference (MFC and EMN held one in 2006 in Budapest), and the decision to hold another common conference stems from the desire of both boards of directors to encourage synergies and to facilitate discussion and meetings by bringing the finance sector together in one place. Around 600 people are expected to attend.

As the organisation of this event will require extra time, effort and a high degree of co-ordination and operational alignment between both Networks, the common MFC-EMN Annual Conference will be held during the month of October 2018.

For the selection of the venue, MFC & EMN have decided to launch a call for proposals to their members to receive proposals to host the 2018 event. The conference will be supported by the European Commission within the framework of the “Employment and Social Innovation (EaSI) Programme”. As such, only proposals to hold the event in a country that is included in the EaSI Programme will be accepted (28 EU Member States, Albania, FYROM, Iceland, Montenegro, Norway, Serbia and Turkey).

Please download the template included in this link to be used for your proposals. The completed form should be sent either to MFC (microfinance@mfc.org.pl) and/or EMN (emn@european-microfinance.org) by Friday 22nd September 2017.

A Committee of representatives from both organisations will evaluate the proposals based on a scoring system for the different criteria in the template. The results of this scoring will be submitted for final decision to a common MFC-EMN Board Meeting that will be held on 4th October 2017.  The location of the joint  MFC-EMN conference will be announced in mid-October 2017. 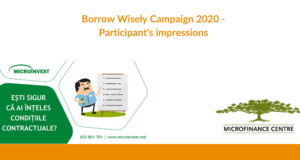 #2020BWC Champion – Microinvest from Moldova – Shares Impressions from the Campaign 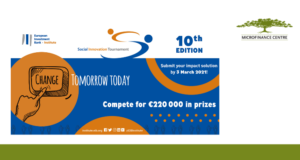 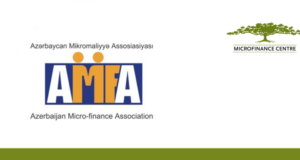