The 2017 edition of CGAP’s annual Cross-Border Funder Survey reports has been released. Funder commitments to financial inclusion reached a historic high of US$37 billion in 2016.

In Eastern Europe and Central Asia (ECA), which traditionally has been the top-funded region, funding has experienced a decline for the second year in a row. The average commitment in ECA per project in 2016 was $12 million, making ECA the leading region in terms of funding volume but only second in terms of the number of projects (451 projects). The top 5 countries receiving funding in 2016 were: Serbia, Kazakhstan, Romania, Armenia, Azerbaijan. Most funding went to micro and small enterprise support projects while the founders considered low portfolio performance due to micro-level factors as a major challenge. The study foresees that ECA is likely to receive less and less funding in the next three years. 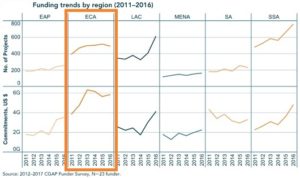 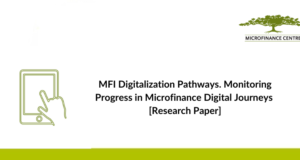 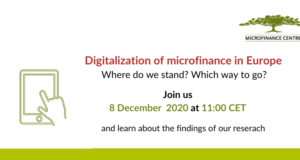 Digitalization of Microfinance in Europe – Where Do We Stand? Which Way to Go? 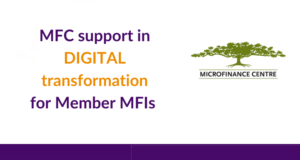 Digital Readiness & Digital Literacy – Your MFIs “must haves” by MFC