Albania: Establishment of a National Working Group with the support of MFC and EC

In cooperation with the Microfinance Centre (MFC) and with the support of the European Union, the Albanian Microfinance Association (AMA) has initiated a series of workshops relating to the future vision and role microfinance can play in the future development of the county. The findings of the workshop, will constitute the basis for the drafting of a strategic sectorial paper on Albanian Microfinance post-2020. The initiative is of particular importance taking into account the incoming EU integration negotiations of the country and the capacity of the sector to adapt accordingly.

The first workshop of the initiative was held on June 22nd, in presence of Ms. Kinga Dabrowska, MFC Project Manager. The workshop brought together several Albanian MFI’s CEOs with high representatives & senior experts from the Albanian Ministries of Agriculture and Economy, the Central Bank, the World Bank, the EU Delegation in Albania, the Albanian Investment and Regional Development Agencies etc. The focus of this first meeting related to the cooperation and potential economies of scale between microfinance and public sector in funding small entrepreneurs and farmers.

In a country where close to 96% of SMEs employee less than four individuals, and the average farm size is of 1.2ha divided in four parcels, Albanian Microfinance was recognised by all participants as being among the most adapted financial models to reach and to stimulate Albanian small & rural economy financing. On a comparative ground, the national agricultural loan portfolio for 2016 amounted to 5.2 billion ALL, with Microfinance representing 4.4 billion ALL.

Albanian Microfinance’s socio-economic impact for the future development of the country is now a widely recognized statement. Having in mind the large “micro” dimension of the national economy, the participants stressed the importance microfinance can play into adequately channelling public development funding towards final beneficiaries, such as MSME & small farmers. It appears nevertheless that financial absorption is a challenge applicable at all levels, not only on the beneficiaries’ side, but also for MFIs and state authorities. The increased funding opportunities that may follow Albania’s future opening of EU negotiations will become a missed opportunity if public & private institutions will fail to jointly surpass the numerous challenges imposed by the high fragmentation of its economy, the increased procedural requirements and the necessity to present larger & diversified financial instruments.

The participants highlighted the need for a true “consortium” between State authorities, donors, MFIs and financial advisors/academia in order to introduce new products, propose detailed studies while promoting newer financial concepts beyond basic financial literacy & inclusion. Microfinance may consider in this regard the introduction of factoring, leasing, new digital services & payment products etc. While TA and financial consultancy for operating MSMEs is widely perceived as lacking, more efforts can be paid to combine existing TA projects/initiatives with microfinance products. The funding of individuals after integrating vocational trainings networks is also a prospect where microfinance can bring an extra-added value. The majority of participants agreed that more coordination is required in the sense that public institutions should learn more on microfinance on the one hand, and that microfinance should increase its advocacy and concrete future proposals on the other hand.

The participants also stressed the need for microfinance to be supported by additional capital and increased funding. While remaining micro, the sector has large opportunities for future growth. There are still large market shares that banks have not yet penetrated considering that Albania represents among the least financially educated countries in the European continent according to recent surveys. In parallel, Albania is characterised by a high stock of bank deposits but a very low national crediting of the economy. As a result, more resources can be invested to increase MFIs funding by surpassing financial, bureaucratic and capacity obstacles. The further digitalisation of its processes, may be a mean for microfinance to lower costs while increasing market coverage.

All said, the participants recognised that since 1992, Albanian Microfinance has managed to turn into a true development partner for thousands of Albanian entrepreneurs, small businesses and farmers, particularly for those in rural areas who remain nowadays financially underserved by the banking sector.  With 1,231 staff at the end of 2017, the annual loan portfolio of Microfinance network in Albania has reached close to 140 million euros corresponding to 63,134 farmers and small entrepreneurs throughout the country. 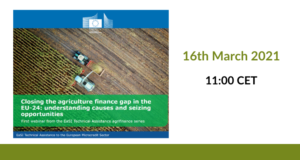