The Nominations and Elections Committee of the MFC Board is pleased to announce that the election to fill the four positions on the MFC Board of Directors has concluded.

Thanks to all Member institutions who cast their votes!

Congratulations to the following representatives of the MFC Member institutions, Each will serve a three-year term, beginning in May, 2021.

Get to know the new MFC Board Members:

He holds a Master’s degree in Economics from the University of Genoa.

Gabriele Giuglietti began his banking career at “Credito Italiano” in 1990 and joined Banca Popolare Etica in 1998 where he held a number of positions including: deputy Managing Director from October 1998 to 2011 , Director of Sales and Institutional Affairs from 2011 to May 2013, Director of Credit, Institutional and International Affairs since 2013, now is in charge of the international development activities of Banca Etica.

He is currently President of Cresud (the Banca Etica’s Group financial tool dedicated to microfinance and fairtrade ). He served as a member of the Board of SGR (Banca Etica Group Investment Company) from 2002 to 2014 and as a member of Libera Terra Mediterraneo (cooperatives working on the grounds confiscated to mafia) until 2020.

Board member of Coopest and Coopmed.

I have 22 year experience in the banking sector in various management positions.

I am interested in science and currently in the Ph D study program for Dissertation :”Crisis management and change management in financial institutions”.

As a business finance c-level leader, I have a well-rounded skill set in business finance process governance and finance audit. Further, I am a recognized expert in crisis management and company auditing.

My current role has strengthened my capabilities in interpersonal and leadership, including a keen attention to detail and accuracy.

In my spare time, I am engaged in equestrian sports and I am the president of the Equestrian Club. Here I have the opportunity to socialize and help children especialy children with special needs.

is a co-founder and Chairman of the Supervisory Board for JSC MFO Crystal – Georgia’s leading non-banking financial institution serving more than 110 thousand customers and managing loan portfolio of circa $100 million.

In 2013 Archil was elected as a Chairman of the Georgian Microfinance Association, where he championed the adoption of the industry’s Code of Ethics, recognized as an effective mechanism for the protection of consumer rights.

A Chevening Scholar and MBA graduate from the University of Lancaster, he is a proud fellow of the John Smith Trust (2000) and remains committed to promoting youth entrepreneurship, women’s economic empowerment and parliamentary democracy. Archil received the prestigious Van Heuven Goedhart award for commitment to displaced persons from the Dutch Refugee Foundation Stichting Vluchteling (2003) and was named among 35 Global Chevening Changemakers (2019).

Brunilda Isaj has a successful, over two decades career in the Albanian banking and financial system, covering various commercial and senior management positions. She graduated from the University of Tirana, Faculty of Foreign Languages (English), in 1999, and obtained her MBA, General Route, from the University of New York Tirana and University Studies Institute Kurt Böch, Switzerland, in July 2013 (dual degree).

Her career started in January 1999 with Emporiki Bank Albania, where she handled corporate and SME financing; then continued at Raiffeisen Bank Albania as a Regional Manager and later on as a Business Development Manager for SME-s. In May 2008 she joined Credins Bank as Manager of the Development Department, and as of October 2009 until October 2017 was part of Alpha Bank Albania in the position of Retail Banking Business Unit Manager and Member of the Management Board.

Ms. Isaj is currently working as independent senior financial advisor and as of August 2019 she holds the position of Secretary General at the Albanian Microfinance Association.

Mrs. Isaj has obtained the designation Certified Retail Banker by Retail Banking Academy in London, UK (today part of Moody’s Analytics), as well as has been announced as Member of the Month for this Academy for December 2017. She is contributing with her experience in advocating and promoting microfinance sector, actively participating in policy making and regulatory area. At the same time, she has published a number of articles in prestigious economic and financial magazines in Albania, and has been the key speaker in many events promoting microfinance, access to finance, financial education, financial inclusion, and other important matters concerning today’s financial environment in Albania and beyond.

Ms. Isaj resides in Tirana, Albania, she is married and mother of two kids (a boy and a girl).

MFC welcomes new Board Directors and looks forward to their upcoming Board activities! 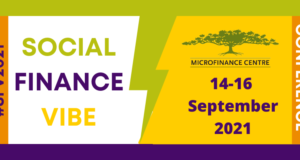 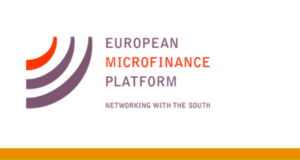 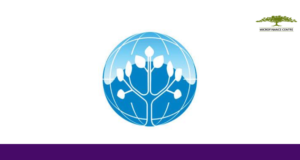